Posted by katydidmeg on November 5, 2017

Posted by katydidmeg on November 1, 2017

Please check the board for the latest updates regarding start times!!

Thank you for your support. We look forward to seeing you at Katydid!

Without our sponsors, the event would not happen! Thanks to everyone who contributed to our event!

We would also like to thank those individuals and businesses whose contributions were received after our print deadline. 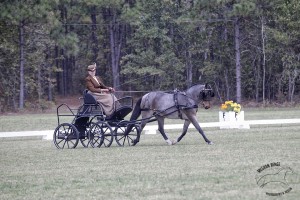 Ellen Ettenger, well known Technical Delegate with the American Driving Society and the FEI, will be running this refresher and training session for volunteers, drivers & grooms. Ellen organizes & scores multiple events up and down the east coast and CA and has a wealth of knowledge to share with us.

The schedule looks like this: Starting at 9:00 am with classroom information, moving on to hands on staging an event with dressage, marathon, and cones. You will come away with a better understanding of how a CDE works.

Sponsored by Aiken Driving Club and hosted by Katydid Farm.

RSVP No Later than Aug 26th

Thank you for your contributions and helping to make the Katydid CDE 2014 the best yet!

Our sponsors ensure that the Katydid Combined Driving Event can be the best event possible. We thank them for their contributions to our event.

Showing your support for the Katydid CDE is now easier than ever! Now offering online payment for sponsorship and our popular “Sponsor a Volunteer” program.

Sponsoring the Katydid CDE will get your business in front of a captive audience as we host the ADS North American Intermediate Championships and the exciting Tandem Challenge.

Help us out by supporting a volunteer or two. Proceeds will directly benefit those individuals without whom we cannot host this event.

Each event will be a driven championship, taking place over a single competition weekend. Host venues will likely change location year after year, moving around North America so drivers in various areas can travel to compete.

These additional championships are being offered to provide an opportunity for ADS level drivers to meet and compete and to create additional enthusiasm for the sport of Carriage Driving.

All updates on this exciting new program can be found on the “Awards Programs” section of www.americandrivingsociety.org. The 2014 program is experimental and organizers and ADS leaders will work to ensure the program continues to improve.

Aiken Driving Club
We Both Farm

We would like to thank those individuals and businesses who contributions were received after our printing date.

Mary Anne Boyden for taking care of the Officials